Bowling Green, Ky (March 11, 2020) – To celebrate Women’s History Month, Connected Nation is profiling influential women in today’s technology industry. One is Leah Busque. As a business owner, computer scientist, and entrepreneur, Busque is one of the most admired women in Silicon Valley.

After graduating from Sweet Briar College in 2001 with a bachelor’s degree in mathematics and computer science, Busque went to work for the International Business Machines Corporation (IBM). Even though her job was fulfilling, she always thought like an entrepreneur. So when she had an idea for a potential 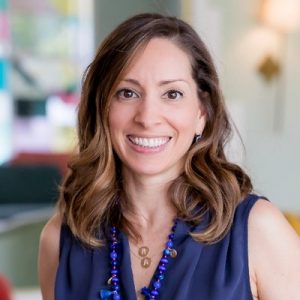 business, she jumped on it right away.

In 2008, Busque wanted to create an online service that would let users connect with and hire individuals to help with errands. To make this idea a reality, she quit her job at IBM and focused all her attention on developing the online software later named Taskrabbit.

Taskrabbit’s main objective is to provide a space for people who want help with their daily errands and projects around the house. Here is how Taskrabbit works–

As the years progressed Taskrabbit steadily grew in size. According to taskrabbit.com, from 2008 to today the company has operated in 53 cities and raised over $50 million. Busque was happy to see her business succeed, but eventually she wanted to take a step back. In 2016, she moved to the executive chairwomen role and gave the position of CEO to Stacy Brown-Philpot.

In 2017, Taskrabbit had the opportunity to grow even bigger under new ownership, and she sold the company to IKEA. Since then, she has been a general partner at FUEL Capital and invests in early stages of technology startups. She was also named one of Fast Company’s “100 Most Creative People in Business”.

With all of her successes, she has climbed to the top of Silicon Valley society as one of the most respected female entrepreneurs. She now attends many high-profile events including speaking engagements alongside Hillary Clinton and other female leaders.

Leah Busque is a perfect example of a role model for young girls who are looking for a career in technology. Her motivation, work ethic, and views on technology are what make her one of the most influential females in technology today. 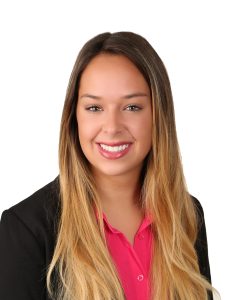 About the Author: Lily McCoy is Connected Nation’s Communications Social Media Specialist. She provides support to the Communications Department through social media outreach and writing. She also adds a source of creativity to the team with a background in personal relations and marketing. Lily has a bachelors in corporate and organizational communications from Western Kentucky University.