The following press release was issued on October 10, 2019 by the FCC on its website. 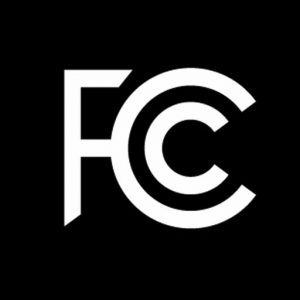 “In states from the Pacific Coast to New England, we’re taking another step toward closing the digital divide,” said FCC Chairman Ajit Pai.  “This sixth round of funding continues to build on our efforts to provide rural Americans with the economic, educational, civic, and healthcare opportunities that high-speed Internet access makes possible.”

In total, the auction last year allocated $1.488 billion in support over the next ten years to expand broadband to more than 700,000 unserved rural homes and small businesses nationwide.  The FCC has now authorized six waves of funding, and today’s action brings total authorized funding to nearly $1.2 billion, which will expand connectivity to 409,661 homes and businesses nationwide.  Additional rounds will be authorized in the coming months.

Funding applications approved by the Commission today include the following:

Below is a complete list by state of the companies receiving support, the number of homes and businesses served (locations), the amount of support over 10 years, and the minimum download/upload speeds to be provided:

The Connect America Fund Phase II auction is part of a broader effort by the FCC to close the digital divide in rural America.  On August 1, the FCC proposed taking its biggest single step to date toward closing the rural digital divide by establishing the Rural Digital Opportunity Fund, which would direct up to $20.4 billion to expand broadband in unserved rural areas.

Providers must build out to 40% of the assigned homes and businesses in the areas won in a state within three years.  Buildout must increase by 20% in each subsequent year, until complete buildout is reached at the end of the sixth year.