“Extending the reach of rural broadband will help ensure that everyone can take part in a digital economy.” ~Rep. Bob Latta (R-OH) 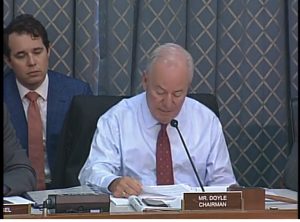 Washington, D.C. (September 12, 2019) – What will it take to connect the 24 million Americans who still do not have access to high-speed internet (broadband)?  According to those who took part in a House Subcommittee on Communications and Technology hearing yesterday—the first step is taking immediate action to improve the nation’s broadband maps.

“The lack of clear data has often been a sore spot for us on this committee,” said Rep. Mike Doyle (D-PA). “Accurate maps of whom and who doesn’t have access is important or we won’t know where to [invest].” 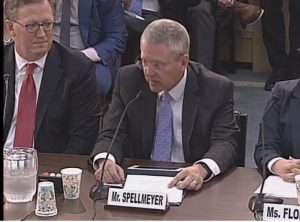 Grant Spellmeyer with U.S. Cellular testified during the hearing on improving broadband maps

“U.S. Cellular fully supports efforts to improve broadband mapping including ALL of the bills before the committee,” Grant Spellmeyer told the committee. “It’s now universally accepted that the FCC maps overstated coverage in rural areas—sometimes significantly. We are in a critical moment in time. Everyone agrees that the maps are not good enough to conduct an auction.”

Spellmeyer is the Vice President of Federal Affairs and Public Policy for U.S. Cellular. He was one of five witnesses who testified before the committee. Each witness represented a key sector or stakeholders within the broadband sphere.

So, Why Exactly Are the Maps Wrong?

The maps which show coverage of high-speed internet across the U.S. are published by the Federal Communications Commission (FCC). The main concern is how data for those maps is gathered. Right now, it’s submitted by each Internet Service Provider (ISP) through a Form 477. The data is self-reported and done at the census block level.

This means that if one or two homes or businesses have access, the entire census block shows up as having coverage.  Many argue that this is not only misleading, it’s wildly inaccurate.

“We have a lot of broadband coverage but my state is HUGE,” said Rep. Pete Olson (R-TX). “We have counties that have some coverage but the whole census block is counted as having access.”

So, what can be done about it? The five bills listed above tackle different sides of the issue. For example, several members of the committee, including Rep. Long, introduced H.R. 4229 which would direct the FCC to regulate providers.

“There is an important need for enforcement to ensure that providers submit accurate details of coverage and speed,” Long explained. 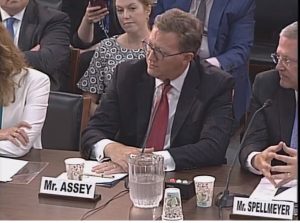 Another solution discussed during the hearing, one that Connected Nation has long supported and advocated for, is to collect more granular data.

“It’s time for providers to report their deployment data in a more targeted fashion,” James Assey, Executive Vice President, NCTA-The Internet and Television Association, told lawmakers. “They must  identify the remaining pockets of the country, often even within census blocks that they are reporting as covered, where broadband service is truly lacking,”

Committee members and those testifying also agreed that improving the process for challenging the accuracy of data on the FCC maps must also be improved.

Others were quick to point out that it should include allowing the public to take part.

“Much of the legislation today outlines some stronger parameters on how the FCC would run a challenge process,” Spellmeyer added. “One of the biggest mistakes the FCC made last time was not to allow the American public to participate in the challenge process and say they do or don’t have access as advertised.”

Having access to broadband can improve the lives of kids, families, senior citizens, military families and veterans, and so many others. So much is done online now that to not have access puts individuals and communities at a disadvantage. 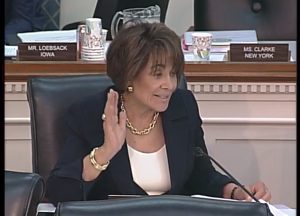 “It is more important than ever, especially in rural areas, to ensure that everyone has access to high-speed internet,” said Rep. Cathy McMorris Rodgers (R-WA). “Whether it is economic development, telehealth, or education, broadband has an impact on each area.  Right now, our kids are doing more and more homework online —that example alone demonstrates that [access is important] to our future.”

“My #1 wish is to GET. THIS. DONE. This has been a long time. Too long,” said Rep. Anna Eshoo (D-CA). “This is about mapping the future of America. I think the overarching call to action needs to be based on – this is a map for America’s future.”

Click here to read the witness testimony and documents submitted to the committee prior to the hearing. Watch the video below to see the hearing in its entirety.