Louisville, Ky. (August 27, 2019) – The Federal Communications Commission (FCC) recently authorized $4.9 billion over the next decade for “maintaining, improving, and expanding rural broadband.”  The funds are earmarked for expanding high-speed internet (broadband) in 39 states and American Samoa, including 44,243 locations on Tribal lands.

The announcement was made Thursday, August 22 and will impact 455,334 homes and businesses served by 171 carriers. In return for the funding, carriers are required to provide service of at least 25 Mpbs download and 3 Mbps upload, which is the FCC’s definition of broadband speeds.

These carriers are receiving  subsidies based on the Alternative Connect America Cost Model, or A-CAM, which the FCC says will provide “predictability, reward efficiency, and provide more value for each taxpayer dollar.” 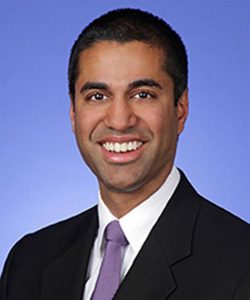 The money allocated is generated by the agency’s high-cost Universal Service Fund. Projects were awarded in an effort to both facilitate network improvements and keep rates reasonably comparable to those in urban areas.

“As we continue to authorize funds to expand broadband in rural America, I am excited to see the benefits for rural residents who live all across the country,” said FCC Chairman Ajit Pai, according to a report from RCRWirless News. “This round of funding is yet another step toward closing the digital divide, providing access to digital opportunity to over 36,000 more unserved rural homes and businesses.”

According to the FCC, providers will be held accountable through an “enforceable schedule for delivering improved and expanded service, with the first interim deployment obligation occurring in 2022.”