Bowling Green, KY (August 6, 2019) – Staying up-to-date on what is happening in your state legislature is important, especially when it comes to rural broadband. Broadband affects the economy, growth of organizations and businesses, education and much more. Connected Nation is on top of what’s happening with broadband in your state.

Over the last two months, big improvements in broadband funding have been made in rural Texas counties. U.S. Senator John Cornyn announced that the Federal Communications Commission(FCC) has distributed nearly $77 million to expand broadband to over 34,000 homes and businesses throughout the state; $2.7 million of that is going to Bell, Falls, Freestone, and Limestone counties in federal subsidies.

“Rural areas are the last to be served by what most people take for granted: electricity, cable,” said Gene Hall, spokesman for the Waco-based Texas Farm Bureau. “Cable said a long time ago it would wire the world, but it stopped at the city limits sign. We support federal assistance for rural broadband.”

But the progression does not stop there. Congressman Vicente Gonzalez announced that Jim Hogg County was also awarded a grant from the FCC for $497,909 to expand broadband connections in its underserved communities.

“Rural broadband funding is key to closing the gap between urban and rural America,” said U.S. Rep. Gonzalez. “With more citizens connected to high-speed internet, we can better educate our students and prepare our workforce for a 21st-century digital economy.

Broadband expansion is now a top priority for the state of Missouri thanks in part to Chris Chinn, director 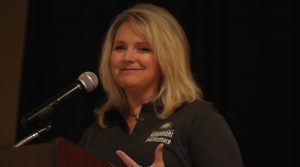 or the Missouri Department of Agriculture. Last month she spoke in Boone County about the importance of broadband expansion in rural Missouri counties and how it will contribute to growth.

“One of our greatest challenges in bringing that next generation back to the farm… is access to high-speed internet,” Chinn said.

Now that this issue is at the forefront on Missouri’s legislature, the 2020 state budget included $5 million in appropriations for the state’s new Rural Broadband Development Fund. 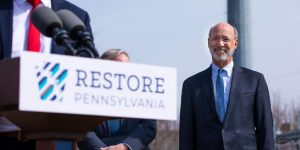 Almost a million Pennsylvania residents lack reliable high-speed internet, according to the FCC. But Governor Tom Wolf is working to change that with the bipartisan proposal Restore Pennsylvania.

“One of the biggest challenges holding back Pennsylvania’s economy is lack of universal broadbandaccess,” said Wolf. “We have a plan in Restore Pennsylvania that can provide the funds necessary to expand access to high-speed internet to everyone.”

Restore Pennsylvania is a $4.5 billion bipartisan proposal funded through a commonsense severance tax to connect every community in the state and to close the digital divide. This program will not only help keep communities connected, but also improve economic development.

Some of Nevada’s most rural counties have received funding from the FCC as part of the Connect America Fund Phase II. The state received $23.7 million to connect over 12,800 rural homes and businesses.

FCC Chairman Ajit Pai said he was “pleased to announce that funding starts now for buildout of high-speed internet to rural Nevada. This round of funding will expand broadband to unserved areas in 11 of Nevada’s 16 counties.”

State officials hope this will bridge the digital divide within the state and give residents an opportunity to benefit from this program.

The Alabama legislature has been working hard to keep improving broadband expansion throughout the state. State leaders and experts gathered in Guntersville for a forum to talk broadband issues.

HB400 and SB90, which made broadband expansion possible, were the main topic of discussion. These acts — known as the Telecommunications, Broadband Using Electric Easement Accessibility Act and the 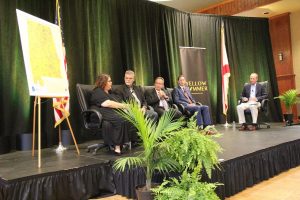 Alabama Broadband Accessibility Act — have helped Alabama counties stay connected. But what about the rural areas that still struggle?

This is where Central Alabama Electric Cooperative stepped in. CAEC has formed a subsidiary called “Central Access” to construct a 400-mile fiber optic ring that will expand broadband access to their customers.

“There’s not a magic wand. I can’t wave the fiber over [the service territory] and everybody be connected,” CAEC President and CEO Tom Stackhouse said. “But we are going to get started. And our goal is to get to that very end person that’s on our (power) lines. That is our goal.”

To read more about these state broadband legislation issues, read the articles here