Editor’s Note: The Alabama House passed HB 400 on May 6 which is focused on expanding broadband to rural communities. Connected Nation agrees with Sen. Del Marsh  that “every citizen in Alabama deserves high-speed broadband” but we would change that wording slightly to read that every citizen in America deserves access.

The following opinion piece was published by the Alabama Political Reporter on May 6, 2019.
by State Senate President Pro Tem Del Marsh 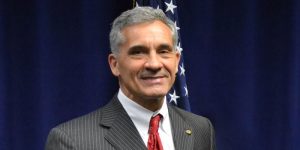 Alabama’s economy is booming with record low unemployment, wages on the rise and new industries continuing to choose our state to expand their businesses. However, we are lagging in providing critical broadband infrastructure to all our citizens. For too long, the expansion of fast, reliable internet service has been concentrated in larger cities while rural residents have no internet service or they are forced to pay for substandard access to today’s worldwide networked economy.

No one can dispute that our state is far behind the curve in providing rural broadband access. This shortcoming not only hurts those who live outside our cities, but it is detrimental to the overarching success of our economy. It is not fair that small business owners, farmers, schoolchildren and their parents cannot participate in our 21st century world on the same playing field as those living in urban areas.

Many of us cannot imagine being unable to grab our smartphone to check email, to find the cheapest gas station or to answer that trivia question posed on the radio. Completing those tasks online are a natural part of modern life, as commonplace as setting an alarm clock – which, by the way, we do via phone now too. Think about how reliant schoolchildren are on the internet, both in class and at home. While some may long for the “good old days,” it’s fairly certain that parents of schoolchildren are thankful that homework research can be done in the family room instead of downtown at the public library.

For too many Alabamians, quick and reliable access to the internet is not available and parents worry that their children are being left behind. That’s why the rapidly growing Alabama Rural Broadband Coalition was created, which is comprised of a diverse membership of organizations representing the business community, education, agriculture, healthcare and economic development. Groups like the Business Council of Alabama, ALFA Farmers Federation, the Economic Development Association of Alabama, as well as organizations representing K-12 and post-secondary, along with the Alabama Hospital Association and many others have joined in support of expanding rural broadband in our state.

Entrepreneurs don’t just live in big-city lofts or in wealthy suburbs, either. How many ideas are being squashed before they get a chance to mature and blossom into the next big thing because of inferior internet service? How many people are being denied access to medical breakthroughs in areas such as telemedicine because of pathetic connectivity?

These problems do not have to continue in Alabama. We have the chance to provide broadband access to every corner of the state. Currently, the Alabama Legislature has the chance to open new opportunities to citizens forced to do without broadband in House Bill 400, being put forward by my colleagues in our State House. This proposed law – introduced by Reps. Randall Shedd and Nathaniel Ledbetter – will allow electric providers to install, operate and maintain broadband systems. Electric providers could offer broadband services directly or through an affiliate. They could allow a third party to provide broadband using the electric provider’s easements. The bill would not allow an electric provider to require residents to purchase broadband services as a condition of electricity service.

Electric providers in Alabama strive to give their customers reliable, affordable power. House Bill 400 and Senate Bill 90 will allow them to do the same with high-speed broadband access. Please consider asking your state legislators to support providing rural broadband so all Alabamians have access to fast, reliable internet services. We believe this is the right thing to do.