Bowling Green, KY. (March 14, 2019) – Perhaps one of the most bipartisan issues in today’s otherwise highly divisive Congress is the belief that our nation’s broadband maps are unreliable and need to be fixed. Last year, Sen. Roger Wicker (R-MS) and Sen. Maggie Hassan (D-NH) led a group of fellow Republicans and Democrats in writing a letter to the FCC that stated “[a]s you know, many of us have expressed concern about the accuracy of the Federal Communications Commission’s map of eligible areas for Mobility Fund Phase II Support (MFII). This map is intended to reflect areas that lack unsubsidized mobile 4G LTE service, but it unfortunately falls short of an accurate depiction of areas in need of universal service support.”

Despite agreement on the problem, little has been done to fund a broadband data collection and mapping project that offers granularity and reliability.

In 2015, the Department of Commerce’s State Broadband Initiative (SBI) ended. This program gave states the opportunity to, among other things, establish a broadband mapping program and submit broadband data to the National Telecommunications and Information Administration (NTIA) twice a year from 2010 through the end of 2014. The data was used to create the nation’s first comprehensive national broadband map in 2011.

When the program ended, the Federal Communications Commission (FCC) took over data collection efforts via a process called Form 477. The issues with Form 477 have been well documented and they include some of the original flaws in the SBI program, as well as other problems.

First, Form 477 requires providers to report census blocks where they provide service. Unfortunately, if even one household in a given block is served, the entire block is considered as having service, resulting in a significant overstatement of availability, especially in rural areas where blocks can be very large. Additionally, issues arise with providers who do not have GIS (geographic information system) capabilities in-house and thus have no way of visualizing their service territories to ensure accuracy in reporting to the FCC. Finally, none of the Form 477 data is independently verified or validated, resulting in a national dataset and subsequent broadband availability map that is overstated and inaccurate.

During her remarks at a PEW broadband mapping event in December, FCC Commissioner Jessica Rosenworcel stated, “Getting [the broadband map] right matters because we cannot manage what we do not measure. If we don’t have proper maps, we will not be able to target policy solutions effectively. The FCC distributes billions of dollars each year to help accelerate the build-out of broadband so we can connect all our communities. It’s irresponsible for the agency to do so without having a truly accurate picture of where those resources should go.”

To fix the data and maps, Congress has floated a number of ideas; however, no solution to date provides the funding or governance structure necessary to fully address the problems. Most recently, Congress appropriated $7.5 million to the National Telecommunications and Information Administration (NTIA) for the purpose. NTIA was prohibited, however, from duplicating work being conducted by the FCC or others and are required to rely largely on utilizing third-party datasets to enhance the current broadband maps.

With limited funding and scope, there is concern that this project will not solve all the broadband mapping challenges. Furthermore, we have concerns that the NTIA’s resulting map will not be a public-facing version for states or individuals to access. The program is a step in the right direction but simply does not address the issue of a consistent, accurate, and granular national map.

Connected Nation is working with members of Congress and the FCC on a permanent and sustainable solution. Only by prioritizing broadband data collection and mapping can the federal government make responsible decisions on which areas to deem eligible for broadband subsidy dollars such as the Connect America Fund (CAF), Mobility Fund, or even the USDA’s Re-Connect Program.

Until a solution is realized, rural areas continue to run significant risks of having their broadband coverage over-reported. Everyone belongs in a Connected Nation, and the first step to bridging the Digital Divide is to use the bipartisan support in Congress to gather accurate and granular data on availability. 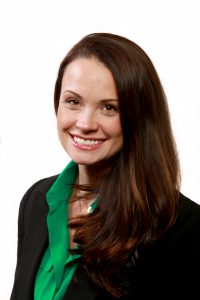 About the author: Lindsay Conrad is Connected Nation’s Director of Public Policy. Lindsay monitors all current and forecasted federal and state broadband public policy legislation and initiatives. In this role, she develops recommendations on the strategic direction and development of Connected Nation policy studies and messaging to stakeholders while supporting and guiding Connected Nation’s broadband planning, research, and policy agendas. Contact Lindsay at lconrad@connectednation.org.