The following was written by John Davies, who serves on the Board of Directors for Connected Nation, as part of National Digital Inclusion Week (May 7-11). To request an interview with Mr. Davies or if you have questions, please contact us at info@connectednation.hatfield.marketing. 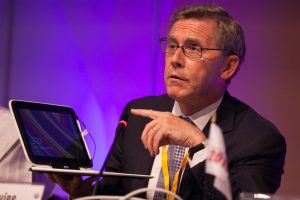 (May 10, 2018) – Over the last two decades, my career focused on Digital Inclusion in emerging and developed countries.  During my time at Intel, I have managed our World Ahead Group, whose goal was to make technology available to everyone on the planet. I was a member of the ITU Broadband Commission (Broadband for all) since its founding in 2008. I visited 112 countries and feel fortunate to have participated in many hundreds of Digital Inclusion programs.

It is incredible to see how Digital Inclusion can make a huge difference to people’s lives in education, healthcare, job creation, economic prosperity and connecting friends and family. City or rural, in emerging or developed economies, the common theme I saw was that those who are connected have more opportunities

To share a few examples in Digital Inclusion benefits in education:
In PRC, tens of millions of youth leave home to work first jobs for very long hours in distant factories.  Local government, universities and some factories cooperated to provide online tech degree courses.   “Graduating students” return to these factories years later to share their success stories to encourage others to participate.

In India, a government program helps a village setup a small internet center with a few computers that the villagers share. A village housewife will manage these and rent hourly computer access. Grass roots groups of women will train each other on computer skills and later proudly share “success stories” of how they setup their own small business or obtained employment by having computer skills.

In South Africa, The Telecom Regulator has used “Universal Service Funds” to connect annually several thousand schools, clinics and local Government offices to the internet.  This allows on line access to learning materials for the schools and online service access to the village.

In Senegal, access to university courses was limited by lack of university buildings. With government, industry, university and development bank cooperation, affordable computers were made available and thousands more students were enabled with online courses.

Starting in 2009, every K-12 student in Portugal was helped so they could own a low cost PC, assembled locally.  Portugal’s academic scores have surged in the Global “PISA” Academic Assessment ratings and local jobs were created in IT and local content that have now been expanded to several other countries.

Everyone belongs in a Connected Nation. It is vital we all help more people in  the U.S.A. benefit from Digital Inclusion. 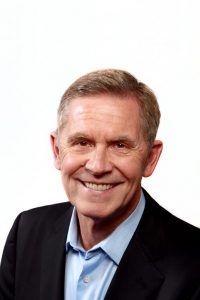 About the Author: John E. Davies is a member of Connected Nation’s Board of Director. He is  the retired Vice President of World Ahead for the Intel Corporation. Davies focused on creating demand for Intel platforms via Solutions, new usage models, and ecosystem scaling. His mandate was to bring the benefits of technology to the next billion people by working with the industry, governments and development agencies.

Davies has worked for Intel since 1978, when he joined the company as the Reliability/QA Manager. During his 37 years with Intel, Davies has worked in engineering and manufacturing, as marketing manager for automotive products in Europe, and marketing manager for strategic accounts. He has been director of Marketing for the Mobile Computing Group, and vice president and marketing director for the Consumer Desktop Products group. In the late 90’s John was vice president and general manager of Intel Asia Pacific Region where he was based in Hong Kong.

Prior to joining Intel, Davies worked as a postdoctoral research fellow at IBM and as a development engineer at Philips in the United Kingdom.

Davies received his B.S. in Chemistry and his Ph.D. in Solid State Physics from Imperial College, London University.

Intel has awarded Davies two prestigious Individual Achievement Awards for establishing Intel in the European automotive market in 1986, and for driving Intel’s mobile computing architecture into the Japanese market in 1992.